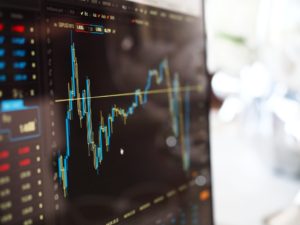 As we reach the end of another week, it is a chance to reflect on what has been and gone.

We ended last week increasingly concerned about the short term outlook for equities. Having already sold out of Asia, China and many Global equities, we had decided to sell out of US equities as well, but remained hopeful that the UK stock market could hold out until the Chancellor’s Budget speech on Wednesday.

The events of last weekend convinced us that we needed to sell down as much of our equity exposure as possible. Throughout the week we have done that and thankfully we have avoided the worst of the falls which the stock market suffered on Thursday. To be clear, no loss is ever a good loss, but our slightly contrarian, cautious stance has been vindicated with the increasingly worrying news about the spread of Corona Virus.

Donald Trump took an unexpectedly hardline stance on Wednesday which prompted much of Thursday’s falls. Globally it feels like lockdown has become the new normal and even if that approach does stifle the spread of the virus in the near term, it doesn’t eliminate it. However, once we are through the headlines about new cases and when, eventually, the virus appears to be under control, the economic data will quickly start to reflect the impact of the virus on world trade and productivity. It will be at that point the we will be able to survey the damage that the corona virus storm has left behind.

Our portfolios are now heavily weighted towards the most secure asset classes available; Gilts, overseas Government Bonds and Treasuries. These assets should be the least susceptible to movement in equity markets and should preserve value whilst we remain in a recessionary environment. In the coming weeks and possibly months, we will experience stock market bounces, particularly after a major market shock such as the one we saw on Thursday. We don’t yet believe these bounces are here to stay and our expectation is that we will continue to see a downward trend in equities until the virus is under control in the UK and US with new cases abating.

These conditions will create a buying opportunity, but only at the right price and the right time. When we see the opportunity to move out of Gilts and Bonds, we will do so, but we don’t wish to act prematurely on the premise of a false dawn.

An example of an asset class we have bought back into for some of our portfolios is Natural Resources. The oil price fell over 20% as a result of the Russia, Saudi Arabia and OPEC dispute. The price of Brent Crude Oil now sits at just over $35 per barrel. Not too long ago, it was inconceivable that the price of oil could fall below $40 per barrel, having hit highs of $147 per barrel in 2008. There is an opportunity to buy back into gold and oil at a competitive price, knowing that in times of recession, commodities are a relatively safe haven. We have held off owning Resources for a while, but now we see a place for them in many portfolios based on current valuation and the economic backdrop. Owning Resources won’t be a one street to success, but when markets are as uncertain as they are at the moment, reverting to asset classes which have held up before in similar environments before is a sensible place to start.

We will keep you updated on stock markets and portfolios over the coming weeks and understand that this is a worrying time when the headlines only seem to bring bad news.

On a wider point, we are also taking steps as a firm to protect against Corona Virus. At present it is business as usual, but we have a contingency plan in place should we be unable to operate from our office, with the intention being that we can still provide you with the same levels of support and contact as now. This will only be tested should the time come of course, but we wanted to assure you that whatever happens in markets over the coming weeks, your usual Telford Mann contacts shall remain on hand to assist and support you with any queries or concerns you may have.