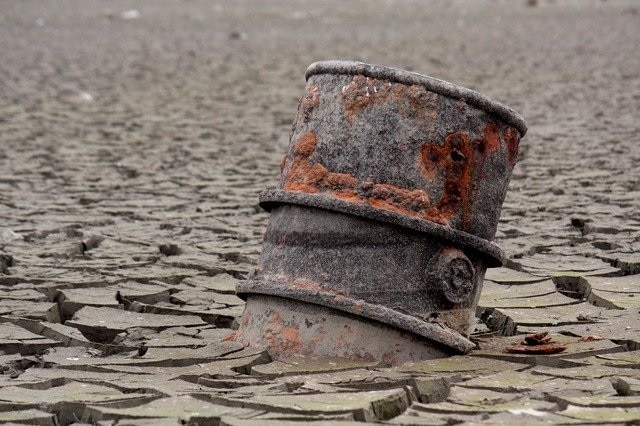 The last week has been something of a momentous period for investment markets, certainly for the oil price. Whilst the headline is that the price of Crude Oil has turned negative, I firstly wanted to explain how that has translated into client portfolios since we repurchased the JPM Natural Resources fund, a fund that invests in Oil and other commodities. In spite of the headline fall in the price of oil, the fund is still up over 11% since we bought back in, so it isn’t all bad news for investors.

Secondly, I think it is worth explaining how this negative pricing has come about. In stock markets these days, it isn’t simply about buying a stock or a commodity and making money should the price rise thereafter. In recent times, investing within major global stock markets has become ever more complex. From traditionally owning an asset whereby you will make money if the price goes up, the world has moved on to creating a version of the stock, known as a “short”, where it is possible to make money if the stock goes down. Many of these type of contracts are periodically suspended from trading by regulators, as once they gather momentum in a falling market, they simply exacerbate an already difficult environment for that stock and underlying company. The suspension of “shorts” for banking stocks in 2008/09 being a good example. Beyond that though, there are futures contracts. I won’t attempt to explain the intricacies of these, but essentially they are a bet on the price of a stock or commodity in the future. Some analysts use futures contracts as a bellwether for whether or not a stock is likely to move up or down in the days and weeks ahead and from there, they estimate the likely price of that stock or commodity in the future. What happened last week in the oil markets, is a rush on selling future oil contracts, which resulted in confidence in the oil price turning negative. This was a technical shift in future momentum for the oil price which reduced the actual price of oil today. This also explains why if you go to the petrol pump, not something I have needed to do for a while, the price you pay to fill up your car hasn’t really changed very much, in spite of all the noise about the price of oil being sub-zero.

These days many City investors (not us I would hasten to add) use complex pre-populated algorithms to invest in markets. In simple terms these algorithms are software programs which buy or sell shares indiscriminately based upon a set of pre-programmed rules, trading by robots in other words. The consequence of this is that (for some traders) traditional methods of reviewing a stock and working out a fair price, go out of the window and for an intense period of time, mayhem ensues before logic returns. We believe we are in the logic returning phase for oil at the moment. We are maintaining our position, reiterating the view that it is illogical for the price of oil to be lower today than it was over a century ago. There are mitigating factors and potential threats, as there are in every market, however, globally it isn’t in any country’s interest for this downward momentum in the price of oil to continue. Productivity and industrialisation will return through 2020, increased transport volumes will also return. The perennial arguments over stockpiling oil and demand not keeping pace with supply will continue, but it is hard to believe it will continue with the oil price as low as it is today. When those arguments start to come through, one suspects the oil traders who sent the futures price through the floor last week, will just as quickly reverse that position and send it up to a more realistic level. There is no precedent for the movements in the oil price that we have seen over the last week though, so we are only able to explain how the situation has arisen and how we would expect the story to play out from here.

Over the last couple of weeks, despite being held in the throes of the Corona Virus, it feels like the world has been heading towards a Cold War II, but this time with China as the opposing protagonist. US States are individually considering, and some actually taking, legal action against China on behalf of its citizens affected by Covid-19. As the saying goes, there is no show without Punch and so Donald Trump’s approach to this will be key. China divides investors and we are aware of that, but we are watching the global response to this action with interest. On a pure investment basis, China has continued to respond well since the crisis and returns remain on an upwards trajectory, despite the announcement of the Chinese 1st Quarter economic results, which were inevitably below target. We maintain our weighting to China for now, acknowledging that we didn’t reinvest because we believed their virus numbers, or believe the economic data they produce, but then we never have. The reality is that the Chinese domestic market is incredibly powerful and taking a stock such as Alibaba, the Chinese equivalent of Amazon, demonstrates that it doesn’t really matter what the outside world think, Chinese consumers will return to buying goods and this is where we need to take a view sometimes, despite the negative perception from the Western world. One hopes that Donald Trump leads any dialogue with China in a Presidential manner, the last thing the world needs now is a President applying his natural business instincts to a global diplomatic issue. As a billionaire magnate, suing opponents into oblivion and throwing money at a problem may make it go away, but international diplomacy is quite different and trying to seek a likely highly inflammatory reparation agreement, the like of which we haven’t really seen since the Second World War, wouldn’t provide the global stability which the world needs right now.

The only change we are looking to make to strategies at the moment is to reintroduce Emerging Markets into our portfolios. Emerging Markets have been hit hard through this crisis, but with the fall in the oil price and the extremely low valuations they currently trade at, we think there is now an opportunity to rebuild a position by way of the JPM funds we previously owned. We will trim our UK equity allocation to make this investment. History shows that after previous extreme market events, Emerging Markets recover from a very low base at a faster rate than many of their developed world counterparts. We have delayed buying back in until now as we didn’t feel that the reward yet outweighed the risk, but we feel we have reached that point now, but as with all of our investments, expect to see some wobbles in the weeks ahead, anticipating the general direction of the market being upwards at a healthy rate.

I have gone into a little more detail than I usually would about the trading aspects of oil in this update, but I think it is important that you understand how we manage your portfolios, compared to the increasingly complex world which City traders operate in. Generally the two worlds coexist with minimal impact, but occasionally, there is crossover and when that happens, we need to distinguish between the headlines and the reality for investor portfolios.