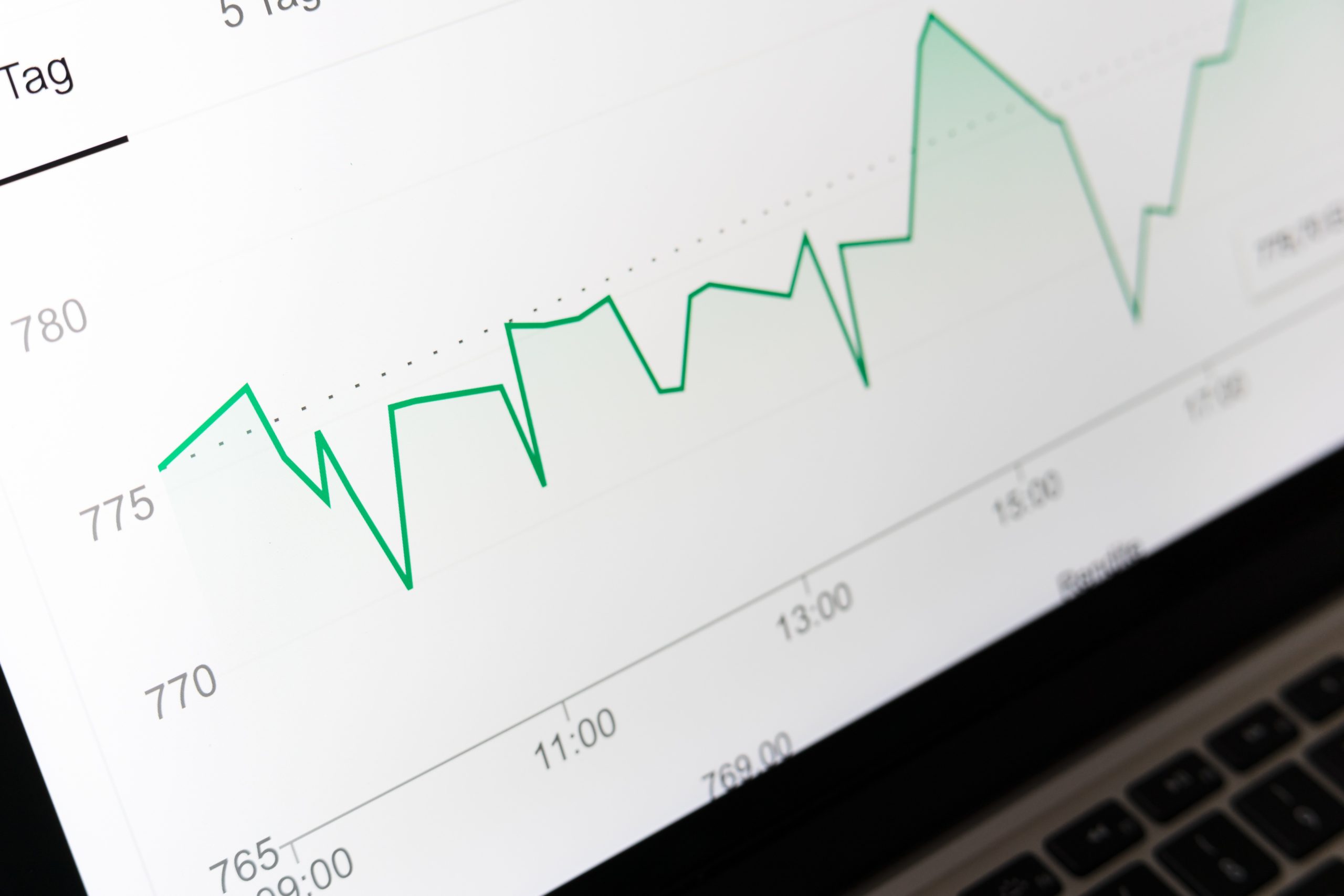 In recent weeks, rising inflation has been a key topic of discussion amongst investors. Consumer Price Index (CPI) data for much of the developed world has indicated that inflationary pressures are building, with the cost of goods and services rising at their fastest pace for some time. This is particularly evident in the US, where data showed consumer prices in May rose at their fastest pace since 2008.

May’s CPI data showed the annual rate of inflation was 5%. Inflation has risen throughout the early months of 2021, with the annual rate recorded in January being 1.4%. However, there are a number of important factors to consider when analysing the recent data.  Firstly, pent up demand is being released as Covid-19 restrictions are eased and this is likely to drive prices higher temporarily. For example, holiday bookings have surged, prompting a substantial rise in the price of accommodation in the most desirable locations.

Secondly, the stop-start nature of the pandemic has created a number of supply chain issues, with businesses struggling to predict demand for their products. Disruptions in the flow of shipping containers also contributed to shortages across a wide range of goods. Taking semiconductors as an example, some vehicle manufacturers have been forced to delay production due to insufficient supplies of microchips. The result is strong demand for used vehicles, with a third of the increase in US inflation during May attributable to rising prices for used cars and trucks. It is also important to consider the basing effect in the recent year-on-year inflation figures, which are measuring against price increases, or lack thereof, in the spring of 2020, where the pandemic saw demand for goods and services rapidly decline.

At present, the view of central bankers is that rising inflation will be transitory, i.e. the current levels of inflation will subside over the next year or so. The Federal Reserve, which is the central bank for the United States, have explained that they are happy to let inflation ‘run hot’ for a period of time, whilst they keep interest rates at record lows to help the economy recover. The Bank of England have taken a similar view and expect that any overshoot of the bank’s 2% annual inflation target will be temporary. 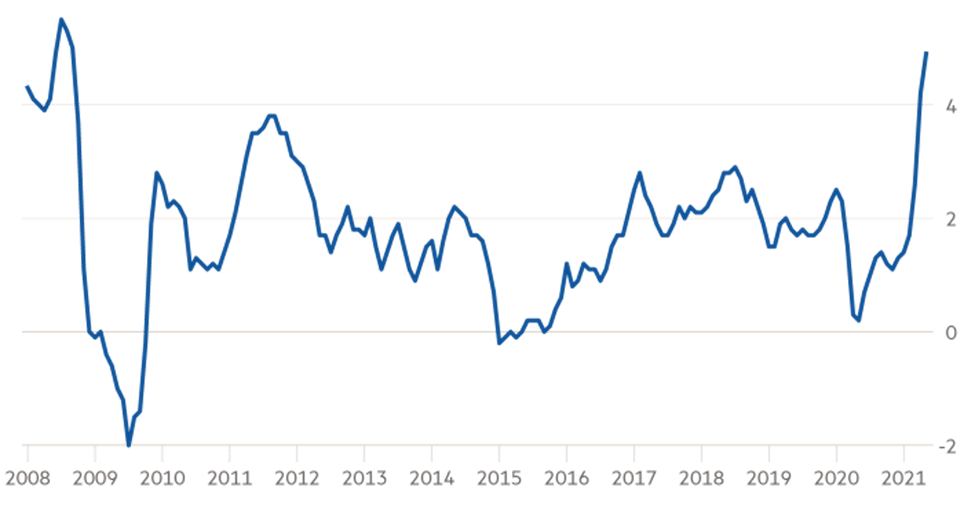 At times this year, investment markets have seemed a little unnerved by the prospect of rising inflation, however, these concerns have abated recently. During February and March, investors were concerned that central banks would be forced into raising interest rates in the near future to dampen a prolonged rise in inflation. As a result, holders of government bonds reduced their exposure and forced yields upwards at a fairly rapid pace. Following the release of May’s US CPI figure, bond yields declined and stock markets moved higher, suggesting that, at present, investors agree with the view of central banks and are not concerned by the current spike in inflation.

There is some evidence of investors seeking protection against inflation, for example increasing inflows to index-linked bond funds, but this is not widespread. Overall, it appears that investors are confident equities will offer protection in an environment of rising inflation. The Barclays Equity Gilt study, which analyses data from the last century, shows that on average, equities have delivered returns in excess of inflation and have provided better protection than alternative assets, such as bonds or property.

We have carefully considered the impact rising inflation may have for our portfolios. During the final quarter of 2020, we started to increase our exposure to funds which own stocks that perform well in an environment of rising commodity prices, such as energy and mining companies. At present, with markets not significantly concerned about inflation, we feel it is sensible to maintain a balance across different sectors and themes, however, as always, we will continue to adapt our strategies in line with changing market conditions.