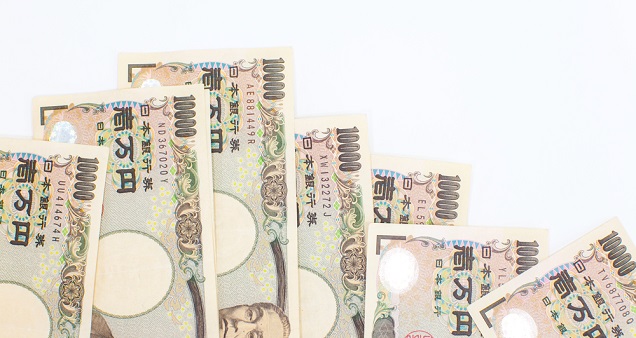 Every year, many Japanese workers get about a week off around the end of April and beginning of May. This is because there is cluster of national holidays during this time. The “Golden Week” starts on April 29, a national holiday that used to be celebrated as the birthday of Emperor Showa, who passed away in 1989.

However, this year the golden week has been extended and in total, the Japanese financial markets will be closed for 6 sessions. This is an unprecedented move as they have never been closed for this long. The cause of the extension is in celebration of the end of Emperor Akihito’s 30 year reign and the dawning of the new “Reiwa” (“Beautiful Harmony”) Imperial era. Japan’s stock markets will be closed from 27th April 2019 until the 6th May 2019.

Although Japan celebrates a Golden Week every year, the combination of the various celebrations planned has resulted this year in what is effectively a 10 day Bank Holiday.

Market watchers are concerned that this holiday period may adversely affect Japanese stock markets and since we hold Japanese investments within our portfolios, it is something we have been planning for.

In Japan itself, there is optimism that the domestic economy will benefit from the 2019 “Golden Week”, as the population will spend more on leisure and celebratory activities which should be positive for business, especially travel, leisure and restaurants. The Dai-ichi Life Research Institute estimates the extra long “Golden Week” will push up domestic travel by ¥332.3 billion, or 28.9 percent, to ¥1.48 trillion compared with ¥1.15 trillion last year. JTB Corp., the nation’s leading travel agency, projects that around 24.67 million people will be travelling in Japan or abroad during “Golden Week” and spend around ¥1.06 trillion between April 27 and May 6.

The flip side of this is concern over how the Yen will behave during this period and the liquidity of the market. Regarding market liquidity, there will be fewer traders working during this period in Japan and so it is expected that trading volumes will be lower, which may result in increased volatility in stock prices. Simply put, larger numbers of traders can create greater trade volumes which can often smooth out single market price movements, but if there is momentum on certain stocks with fewer traders, there is less scope to smooth out price movements so everything can be exacerbated, albeit for a short period of time.

Normally the Japanese market is not actually closed during golden week, although trading is subdued. In 2018, the Nikkei 225 was broadly flat across the holiday period, the Japanese Yen was down 0.3% against the US Dollar, the S&P 500 was up 0.9% versus the Nikkei 225 and the FTSE All World Index – Asia Pacific was down 1%. All in all, a modest movement in currency and market pricing.

As much of the Nikkei 225 index comprises export driven companies, if the Yen weakens against other major currencies during the period, the stock market index is likely to rise and vice-versa. There have been instances at the start of 2019 where the Yen did soar against the Dollar and there were consequences for the Japanese stock market, but the difference in the “Golden Week” scenario is that “Golden Week” has been anticipated and so whilst some unexpected news may come out in other parts of the Globe which affects both Japanese currency and the stock market, the “Golden Week” itself is unlikely to be a catalyst for major movements.

To give a further comparison, the “Arab Spring” of 2011 resulted in Middle Eastern stock market closures and notably the Egyptian stock market closed for 2 months. However, this was not anticipated and the speed and disruption of the uprising took hold so quickly that markets reacted with fear to the closure, whereas Japan’s “Golden Week” closure is arising from an entirely different set of circumstances.

When assessing whether to exit Japan ahead of “Golden Week” or remain invested, we have canvassed opinion from both our Japanese specialist fund managers and our global fund managers, notwithstanding HSBC’s quoted comment that the results could go either way and so one cannot afford to be out of the market.

Japanese equity specialists, Morant Wright, manage a fund that we hold in our client portfolios. They have increased their cash reserves in anticipation of a slightly more volatile period and to ensure that they can continue trading through the period. Schroders, another fund provider that we hold, are hoping to continue trading by dint of cash reserves, which should cover all but the most extreme redemption requests over “Golden Week” whilst fund managers First State have stated: “Foreign investors account for 75% of trading activities in Japan while domestic institutional investors are sleepy. There is no data to show how many foreign investors are based in Japan, but global equity funds account for most of Japan’s trading activities rather than dedicated Japan funds, so total market liquidity might not be affected too much due to the passivity of domestic investors.”

To sum up, nobody can be exactly sure how the market will react to “Golden Week” or any international developments during the holiday period.

The impact of “Golden Week” on wider Asia is unlikely to be extensive with China a bigger “mover & shaker” in the region these days. Only weaker Asian countries are likely to feel any impact from movements in the Yen.

We increased our exposure to Japan last December and the fundamentals in Japan remain solid with the fruits of Abe’s economic and fiscal stimulus starting to come through, so it is hard to see the rationale for a long term Japan sell off ensuing solely as a result of “Golden Week”.

Some key economic data for Japan is due to be published ahead of the holiday period including inflation figures and export data. Exports are forecasted to be down around -1% on previous year, which is actually not a significant concern given the impact of the ongoing US-China trade discussions.

The Bank of Japan interest rate decision and outlook report is due 2 days ahead of the market closing, but the market is expecting rates to remain unchanged and it is hard to foresee them doing anything radical with so much imminent uncertainty over “Golden Week”.

Japan hasn’t bounced back as strongly as other developed economies through 2019 so far. There is an argument to sell out of Japan at this juncture and find alternative opportunities elsewhere, but the global managers we have spoken to and the general market sentiment continue to view Japan as one of the regions with most potential growth for 2019 and so as it stands we maintain our exposure. Japan’s performance versus that of China and the wider Asian region is something we continue to monitor closely and are ready to act should the “Golden Week” not help stimulate the stock market with similar optimism.